Google, back in the day, used to be one of those companies that were loved by everyone and could essentially do no wrong. However, due to Google’s actions in the past few years, it feels like that illusion is slowly disappearing and the true nature of the company starts slowly showing – and honestly, it’s not a particularly nice look.

I hope you’ll forgive me for not thoroughly listing all the reasons that make me think Google had a pretty good reason for sort-of dropping their “Don’t be evil” motto; in fact, just the YouTube censorship of any content creator that’s not left-leaning enough should make everyone very, very concerned. The intent of this article, after all, isn’t for the most part political – its main goal is to introduce a couple of alternatives to popular Google products and tell you my experience after a few weeks of using them.

Before I get to that though, I would still want to just briefly touch the topic of my personal disdain for Google. I don’t like how the company tailors the search results to what they think you’d like – such behaviour only encloses you in an echo-chamber of opinions that are the same as yours, or at least somewhat similar to yours, carefully making sure not to present anything that could potentially offend you, or worse yet, force you to think critically for a moment[1]. Furthermore, I nowadays find myself much less willing than I was just a few years ago to give up all of my personal data to a company that seems to be so strongly affected by the current politics, the modern left, the social justice movement[2] and diversity of colour – but not by diversity of thoughts. And while the entire story about James Damore and his “Google Memo” is simply atrocious and shows poor judgement and misguided principles at work at all levels of management at Google, I feel like this is just the tip of the iceberg and we’ll see similar stories in the future. Boy, am I glad that by the time that happens, I will not be on board of the Google ship any more!

You may agree or disagree with anything being said up to this point, but it’s actually something entirely different that pushed me over the edge and made me abandon anything Google-related I could: a simple sentence that states “if you’re not paying for a product, you are the product”. And in some of the cases mentioned below, I just didn’t want to feel like a product any longer.

Let’s start with a surprisingly simple replacement: Google Search. I know it sounds truly terrifying at first – how could a person possibly function on the Internet without the friendly uncle Google Search? Well, I haven’t used Google Search (besides a few rare and minor exceptions that happened when I was searching for things truly obscure) in over half a year and as you can see, I have clearly survived.

I tried using DuckDuckGo but at that time, it was not my cup of coffee – although I intend to give DDG another try in the future. During the past six months, I have become a happy user of StartPage, a search engine that actually uses Google’s unfiltered search results but doesn’t reveal any identifying information about you to Google: you will lose the personalized search results (that’s a good thing) and get your privacy back. On top of that, it has a lovely dark mode, offers a private proxy for viewing image results (nice!) and can be configured to use POST method instead of GET when searching, thus hiding your search terms from webmasters of sites you reach from search results.

After Google Search had to go, Google Chrome was the next obvious target. I remembered the days of my youth with Opera and while it’s not a bad browser at all, something didn’t feel quite right. I skipped Safari because I wanted a real browser, not a half-functional toy, and I moved right past Firefox because that’s always been the sensible thing to do. Eventually, I found Vivaldi and have not looked back since.

Sure, the first couple of weeks were sort of rocky as I was still using two separate computers and Vivaldi didn’t offer synchronisation back then, but everything else felt right from the get-go. It’s a browser made by the people that created the original Opera browser back when it was good (and before you say anything, yes, Opera was stellar back then) that still keeps the original ideas and spirit of Opera alive. If you ever used Opera between versions 8 and 11, prepare to be hit by nostalgia the moment you open Vivaldi’s settings tab. It runs on WebKit and supports nearly all Chrome extensions[3]. It has sidebar panels, tab stacking, split view, notes, crazy history view, whole page screenshots, day-night themes, mouse gestures, a full keyboard mode and more. I honestly can not recommend it enough.

So far, so good, but I knew getting rid of Gmail and G Suite would be… a bit more painful. Ever since I started using StartPage as the search engine of choice, I had my eyes on StartMail as a Gmail replacement; there’s also the very much privacy-oriented ProtonMail, popularized largely by Edward Snowden, but ultimately decided against it thanks to the rather recent discovery of Zoho Workplace. Unlike StartMail or ProtonMail, their webmail client doesn’t support the PGP encryption which is utterly unfortunate, but the entire suite offers so much more than just a mail server: as part of the Workplace bundle, you get online Word (called Zoho Writer)/Excel (Zoho Sheet)/PowerPoint (Zoho Show), a Google Drive equivalent (Zoho Docs) and a few smaller applications (an application for presenting, for creating websites, for creating an intranet site and a Slack equivalent). They have mobile applications complementing each of their services, although I haven’t tried these just yet – screenshots look promising, however!

Honestly, the entire Zoho company intrigues me greatly. Not just because their pricing is fair nor just because they seem to be focused on their users’ privacy; what intrigues me the most is the sheer amount of products they develop at the same time. Besides the ones I already mentioned above, they also have similar application bundles that form a CRM system and an accounting system, and then they still have a ton of additional stand-alone applications: not one, but two different project management systems, a bug tracker, a password manager for teams, a web conference platform, a wiki system, a help-desk system, an HR system, a recruitment system… It’s simply mind-blowing[4] 🤯!

The migration itself was nerve-wracking but actually rather simple, as Zoho’s wizard leads you through the entire process. It starts with changing your domain’s MX records, goes through configuring SPF and DKIM records (strangely enough not DMARC records), gives you the opportunity to add users and even points you in the general direction of a migration wizard which can connect to your old e-mail server and transfer all e-mails via POP3 or IMAP, the latter being a much better and faster choice – all of that can be performed either for a single user or in case of organizations, even for multiple users at the same time.

Overall, I’m pleasantly surprised with Zoho Mail so far, and I can’t wait until I have a bit of time to try out their mobile applications. If I could wish for three improvements, it would be a PGP support in their webmail, fixing sent e-mail duplication when sending messages over SMTP and improving importing of contacts – I still wasn’t able to successfully complete that one, but it frankly doesn’t bother me too much. For £24 per user per year, I can happily recommend Zoho to anyone.

Well, I kind of spoiled this one in the previous section, haven’t I? As I mentioned there, Zoho Docs replaced Google Docs and Google Disc for me. I noticed that Zoho Docs is not nearly as snappy as Google Docs on my computer, although due to my infrequent usage of either service, I honestly couldn’t care less.

The simplest Google service to replace is without a doubt Google DNS. If you can’t bring yourself to migrate away from Gmail, can’t think of browsing in anything else but Chrome and are desperately addicted to Google Search’s layout, the least you can do is to replace Google’s 8.8.8.8 DNS server with Quad9’s 9.9.9.9. Big 👏 to the person who thought of using that particular IP address. If you can’t live without having specified an alternate DNS server, the IP address for that one is somewhat less memorable 149.112.112.112. Quad9’s privacy policy is not perfect but it seems fair enough. In the past, I remember using OpenDNS; however, I noticed they were bought by Cisco a few years back and I’m not sure how I feel about that.

What about the rest?

Well, that’s the current state of affairs, but despite my best efforts, there is still a couple of Google services I haven’t been able to replace.

The first one being Google Maps; and while Apple Maps is a fine alternative for navigating from point A to point B (and their public transport information for Japan are, in fact, much better than what Google Maps offers), finding that point A, not to mention also the point B – that’s a different matter entirely. I have never before seen search results that are anywhere close to this level of awful; it’s embarrassing how abysmal the search functionality is, really.

YouTube is another big service that I have no replacement for – not because there aren’t any competitors, but because the competitors lack the content that I normally consume. That’s a 🐤 and 🥚 problem, though, and I think it’ll resolve itself over time, especially if YouTube continues cranking up the censorship dial – and I’m pretty sure they will go all the way to eleven.

The last two Google services I regularly use and can remember right now is Google Translate, which really has no similar competitors as far as I can tell, and Google Analytics, which I could stop using at any moment, but then again – I don’t think even Google can read any meaningful data from the site that sees five and a half visitors on a good day – and I bet that’s only going to get worse after publishing this article, considering Google’s love for filtering articles that portray Google in negative light out of the search results.

Since writing this article, Cloudflare announced their own DNS service with surprisingly even more memorable IP addresses: 1.1.1.1 and 1.0.0.1. It’s fast, it’s privacy-focused and because it’s developed by Cloudflare, I can observe DNS changes I make to my own domains in a matter of seconds rather than minutes, as I use Cloudflare to managing DNS records for all my domains as well.

Since writing this article, many things have changed, actually. Perhaps a new version of this article would be appropriate, but until I have time to do that, let me just give you an overview of what changed for me personally: 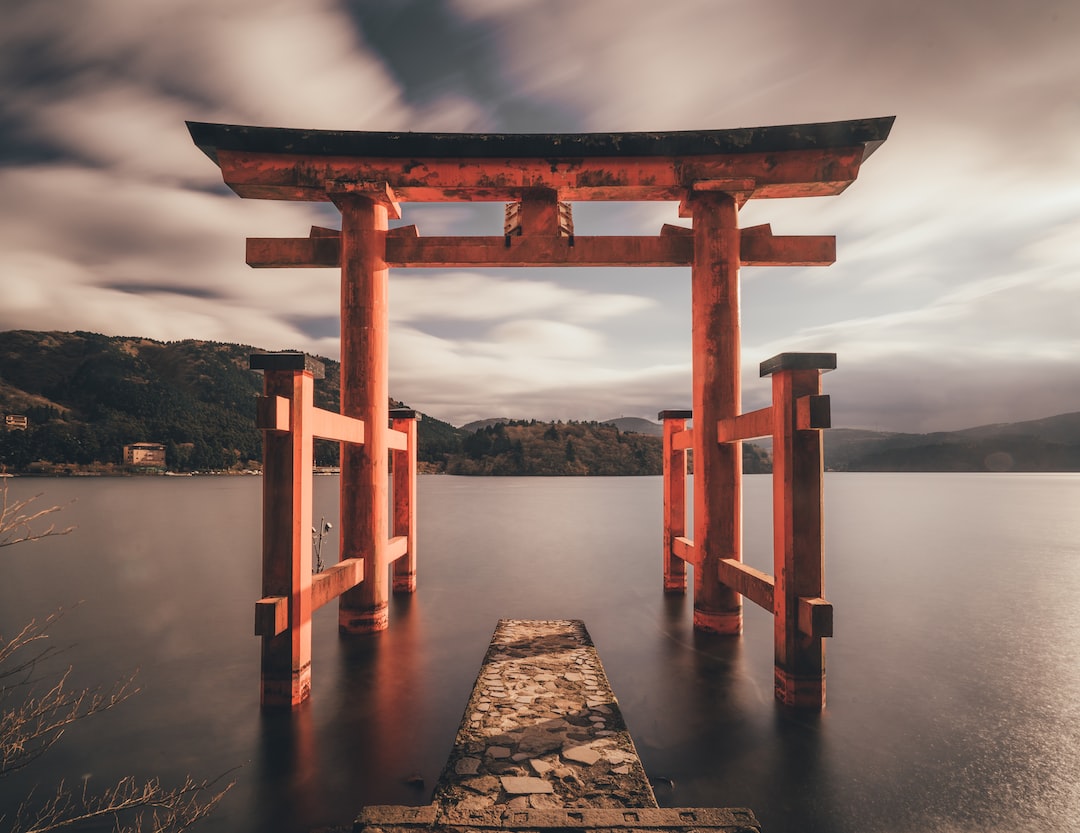 There are so many topics that I actually wanted to write about in these past few days (and I will get to them eventually, surely) but none is more important for me than the events happening recently. 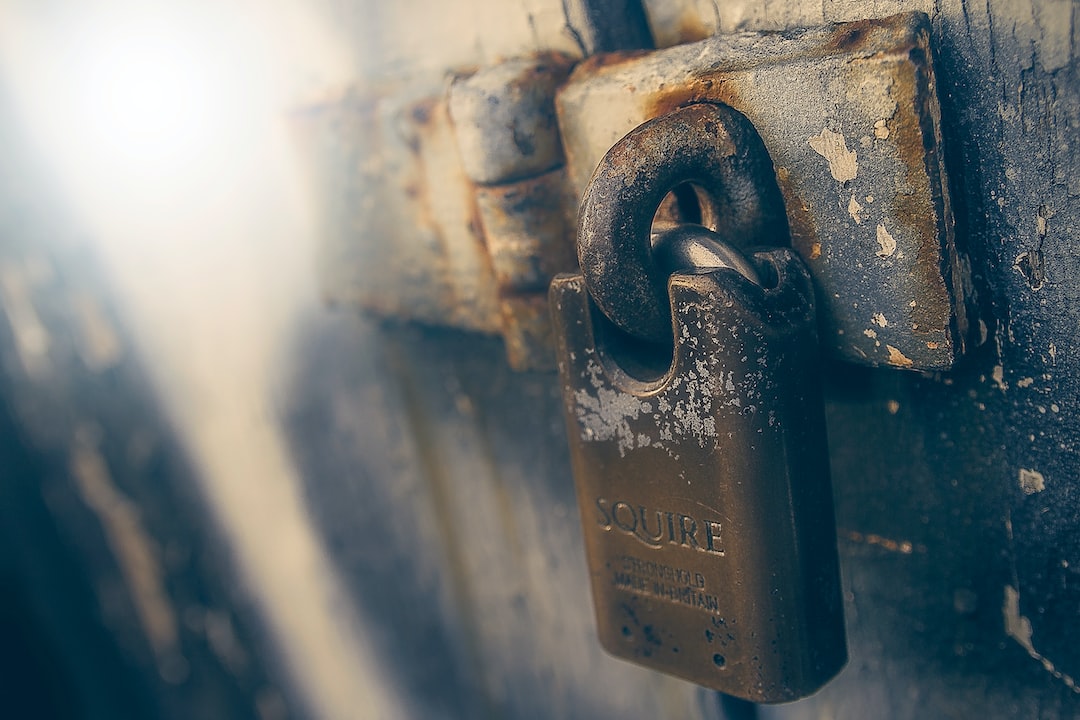 In the first article on this site, I described a way to host your site or blog on GitHub Pages while having it accessible via your own domain. I left the article with one thing left unsolved: the site was not accessible via HTTPS, and something like that would not fly in current year.